The PSL fever is at its peak these days as the fifth edition of the Pakistan’s own domestic T20 tournament is all set to begin from Thursday (Feb 20). Fans are already excited for the tournament which will be a big moment for Pakistani Cricket as this year, PSL is scheduled to be played entirely on home soil.

Each year before the Super leage, every PSL team releases an exclusive energizing theme song for their team that fans look forward to listening and grooving to.

Peshawar Zalmi, on Tuesday released their official theme song for the fifth edition of the HBL PSL.

Titled ‘Zalmi’, the track has amazing lyrics and a dope beat that gets you pumped up and rooting for the team.

The music video features Peshawar Zalmi team members such as Shoaib Malik, Hasan Ali and of course, Darren Sammy, showing off their moves with Hania Aamir  and Mehwish Hayat dancing to the rhythm of the dope Pashto rap fused with traditional Rubab playing in the backdrop.

Keeping the Pashtun sentiments in mind, FORTITUDE has certainly done justice to the track. The Pashto lyrics of the anthem tells about our love for cricket, the hopes for the win and how awesome the Zalmis are. The music composition is extremely catchy and has a beat you can move along to. Who says we can’t mix east with west? This challenging phrase from the song is bound to give you goosebumps:

The catchy beat and chorus has you singing ‘Munga, Munga, Peshawar Zalmi’ (we are, we are, Peshawar Zalmi), all day long – even if you don’t understand most of the song. 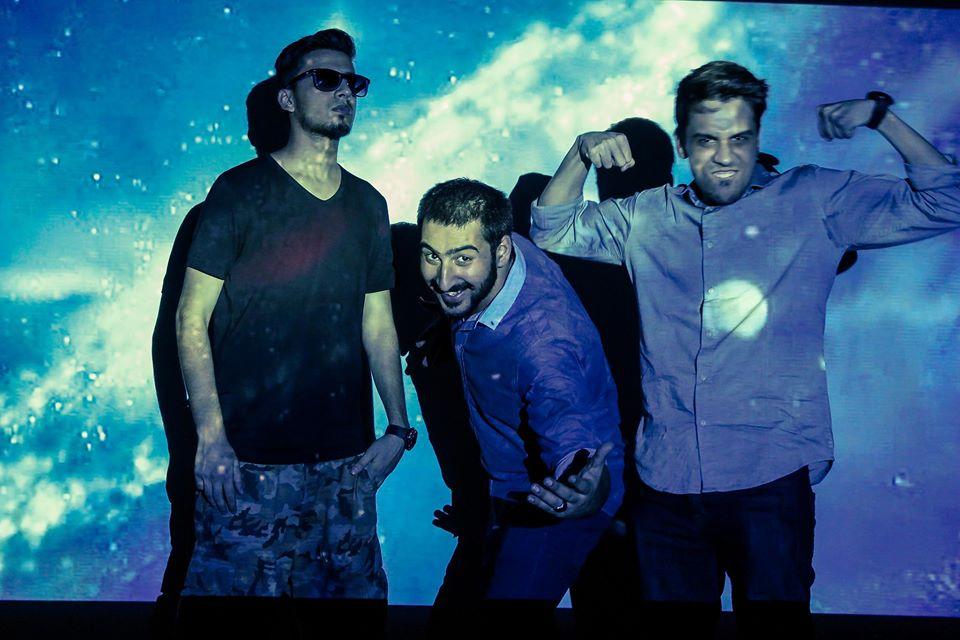 Many people might not know this but FORTITUDE (Pukhtoon Core) is the first hiphop band from Peshawar that introduced Pashto rap in Pakistan. Collaborating with Webster Beats, the Mustafa Kamal (Party Wrecker)-led band has given us some dope bangers like “Streets of Peshawar” and “Lewani”.

Their recent anthem for Peshawar Zalmi was admired by Pakhtun listeners all over Youtube and Twitter, after it’s release on Sunday. Some fans were over the moon after listening to the song and thoroughly enjoyed the innovative idea of rapping in the local language.

No words one epic rap song – video is so so good – Zalmi is a global brand now n times will come when it will be among top 5 International famous league club. Couldnt understand apart from few words but pushto rap is awesome – this is unique @PeshawarZalmi

Someone brought back the PSL anthem to the limelight, suggesting how it was better than the PSL official anthem.

Some even said that last year’s anthem Hum Zalmi , featuring Mahira Khan, had set the bar too high, and thought they could never beat that level, but this one turned out to be even better.

The “Hum zalmi” one setted the bar really high and i thought they could never beat that
Mannnn i was wrong….

Having a rap track as the official anthem was an out-of-the-box idea, which was bound to receive criticism. Some fans were of the view that the anthem failed to represent the Pashtun community or their culture and was too ‘western’ for Pakistani taste. Others, however, claimed that the Pashtun representation could have increased.

A traditional pashto style song would have been a lot better. Not this crap, looks more like a night club than a cricket anthem video.

This is an embarrassment to our beautiful language. Bollywood dancing styles, party scenes, women dancing, no use of traditional Pashtun instruments outside of the Rubab in the background. We Pashtuns don’t want this westernized garbage applied to our culture and mother tongue

Some users suggested it was too groovy to be a cricket anthem track. Adding that there was less cricket and ‘more party’ happening in the song.

Song seems really good, music also sounds good. I did not understand the lyrics though but what bothered me most in this song was its video. All party-scenes and dance, rare cricket scenes and no PSL scene! No KPK supporters are shown here.

However, majority of the users loved it and with the PSL opening tonight, we’re expecting a performance on this song now.

What do you think of the official Zalim anthem? Let us know in the comments below.