Transgenders have always been a target of jokies and bullies in Pakistan. Usually known as hijragan in the pashtun community, the third gender has struggled hard to secure its basic fundamental rights, with hundreds killed unlawfully for not fitting into the spheres of society.

The way this community is treated in our society speaks volumes of our ability to empathize for minorities of all kinds. Every time one of them starts walking towards us, we walk the other way, women are scared to interact with them and men, who don’t conform with the society’s standards of “being a man”, are called hijragan in order to shame them.

Such is their reputation and none of us even try to understand who they are or what they want before we start discriminating against them.

Do we need to discriminate against other humans just because they are different from us? Transgenders in our society have to struggle a lot and people rarely help them right away. More often than not, this behaviour forces them into isolation. They are are often pushed to become professional dancers and dance at private parties for a living as they they don’t have the same rights as everyone else. Don’t you feel that it is absolutely unfair to them to face such injustice?

Well, Yousaf Jan Utmanzai do, and he reached out for help to one such transgender from Peshawar who used to be a student at Edwardes!

Yousaf Jan Utmanzai, a renowned Pashtun journalist reached out to Dolphin Ayan, a transgender from Peshawar who is an ex-student at Edwardes College Peshawar.

Ayan told in his interview that he has done Civil Engineering with a four month internship in Cyprus. He had also applied for BBA at Edwardes College Peshawar but had to face discrimination at every step which forced him to put an end to his academic career for good.

“I hate being called “hijra”. If only people stop calling me a hijra, I am ready to bid goodbye to what I’m doing now and go back to college,” Ayan told Yousaf Jan in his interview. “No was ever able to remove this ‘label’ from themselves. Rimal Ali, an international transger, is ‘operated’ but she is still refered to as shemale.”

Judging from the way he talks in his interview, 21-year-old Ayan is confident and fluent in English. According to him, he was the topper of his college but people at this college used to call him bad names and bullied him. 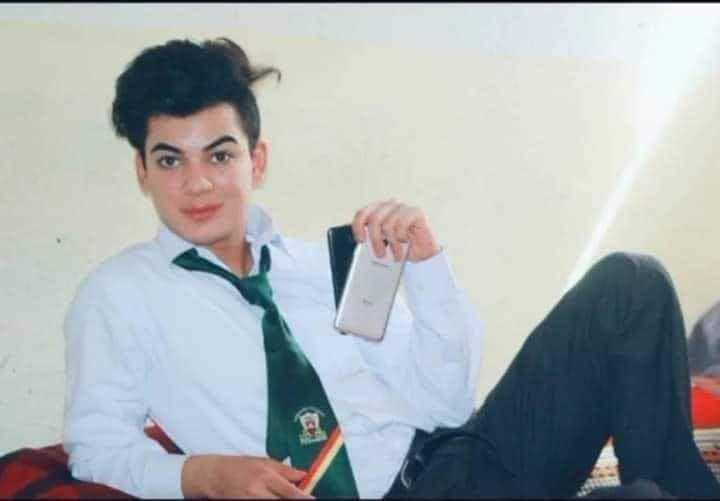 After remaining a topper and a devoted student of his college, Ayan could not find any respectable status in this society. He was bullied constantly all his student life for being effeminate (female like).

After being completely broken, he had to bid goodbye to his educational career and start his career as a professional dancer.

He accepted himself as a shemale because this was the identity imposed on him from childhood.

He has put aside all his education and degrees and has become a professional dancer like other shemales of his community. Now, he dances at private parties for a living and men with all that ‘ghairat‘ they are so proud of, throw money at her and treat her like an object. Our toxic masculinity has compelled him in to becoming what he is today.

Imagine being deprived of the right to communicate your ideas and beliefs unreservedly. Imagine being robbed of the choice to choose your career pathway. Imagine not being able to roam around in your college freely, just because you were born looking differently than others around you.

It is a fate that nobody deserves.

Fortunately, despite such trying times, there are people who haven’t lost their humanity.

Bilal Sethi, an educationl activist from Peshawar, plans to bring Ayan back to college and pay his expenses.

Bilal Sethi said in his Facebook posts that he wants to bring Ayan back to academic life and support him in his eductaion career so he can complete his BBA from Edwardes College.

After he was able to have a word with Dolphin Ayan about his offer, Bilal took it to Facebook to update about his plans to bring Ayan back to Edwardes College. Here’s what he had to say about the conversation he had with Ayan:

We have reached out to Dolphin Ayan for his comments; he has yet to give an update regarding the offer. We hope Ayan may take up on this offer and come back to college because that’s where he belongs.

What do you think about this episode? Let us know in the comments.