Lots of cultures believe that marriages are successful as a result of our “kismat” which frankly means encountering something in your life by chance and realizing that it’s meant to be.

We believe in kismat too. Everyone has a division of something hidden for them and if they don’t get it in one way, they’ll find another.

Such is a story of Samira, an Afghan village girl, trying to get familiar with the western society, specifically within the dating realm. The romance short film titled “Our Kind of Love” is published by a channel named “Omeleto” on YouTube.

When Harun, a second-generation British-Afghan who previously lived in London, couldn’t seem to find the love of his life the Western way, he decides to try his culture’s traditional methods and is introduced with Samira. Set cheekily against the backdrop of a Japanese sushi restaurant, Samira is quite literally a fish out of water in London, and the metaphorical comedic candor is not lost on us. 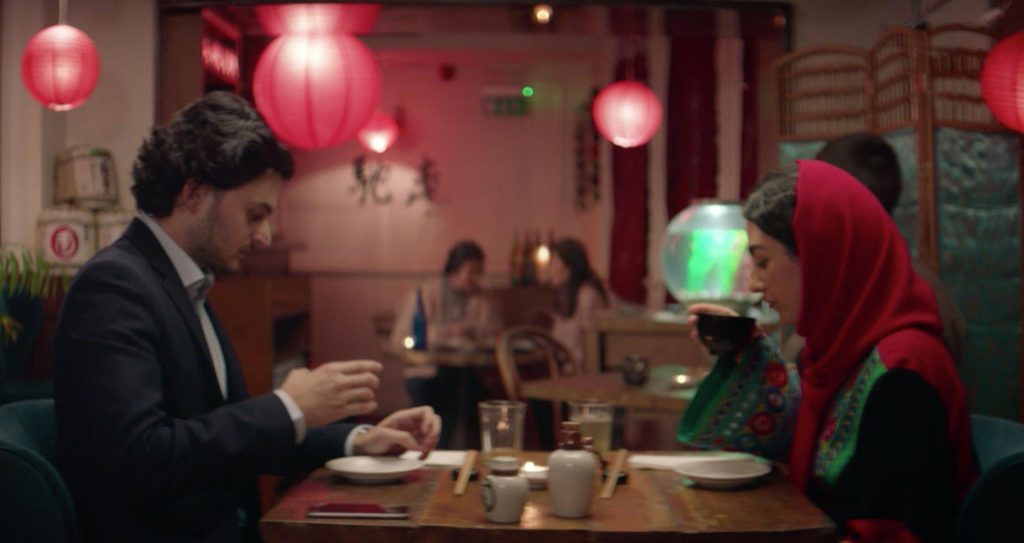 Their conversation artfully showed the cultural difference they had despite their shared heritage.

There were clear differences in how the two grew up. This could be seen through their sudden bursts of conversation and arguments. Their cultural differences lead to show the unique taste in expectations and perspectives each of them had. This tension offers up a longing for affection but under a pressured way of trying to be our best self, as most people can relate to. 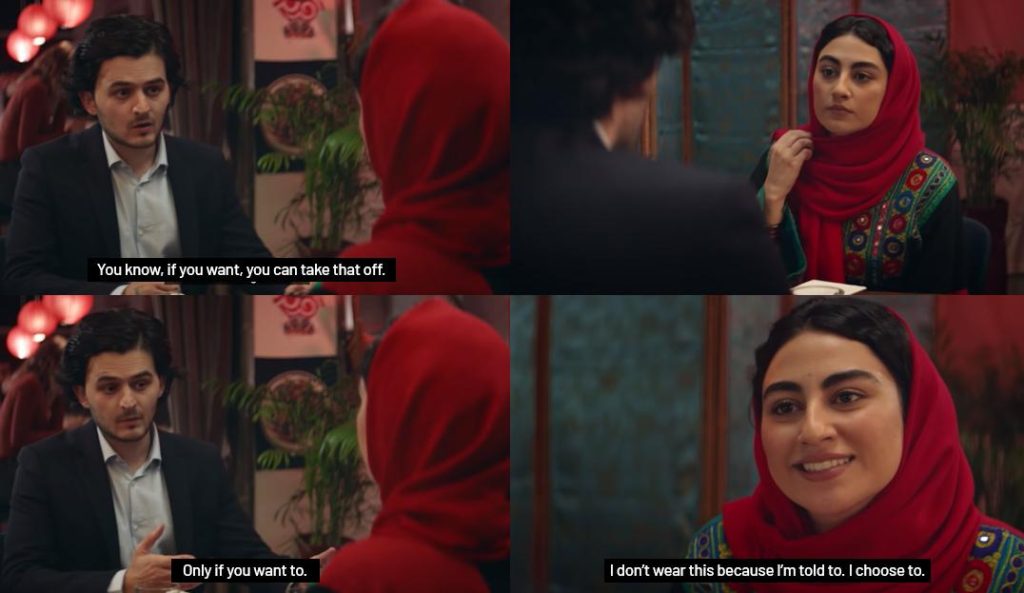 Our Kind of Love is a lesson in how to reveal the nuance of two characters who have grown up 4,000 miles apart from each other, creating a truly captivating contrast of worlds on screen without being overt. There is a special poetic nature to their conversations which is made stronger by such genuine performances by the two actors.

Harun is fluent in both British and Afghan culture and literacy, defining himself into a sophisticated charm

As other women might see Harun as an attractive young lad and won’t hesitate to crush over him and quickly become attached, Samira believes there is a lack of chemistry between them. She is already weighing the future potential in the relationship, rather than going all jolly over his looks or his particular social class. Samira is new to it all, so she finds herself being curious, yet making intended adaptations to her daily circumstances. 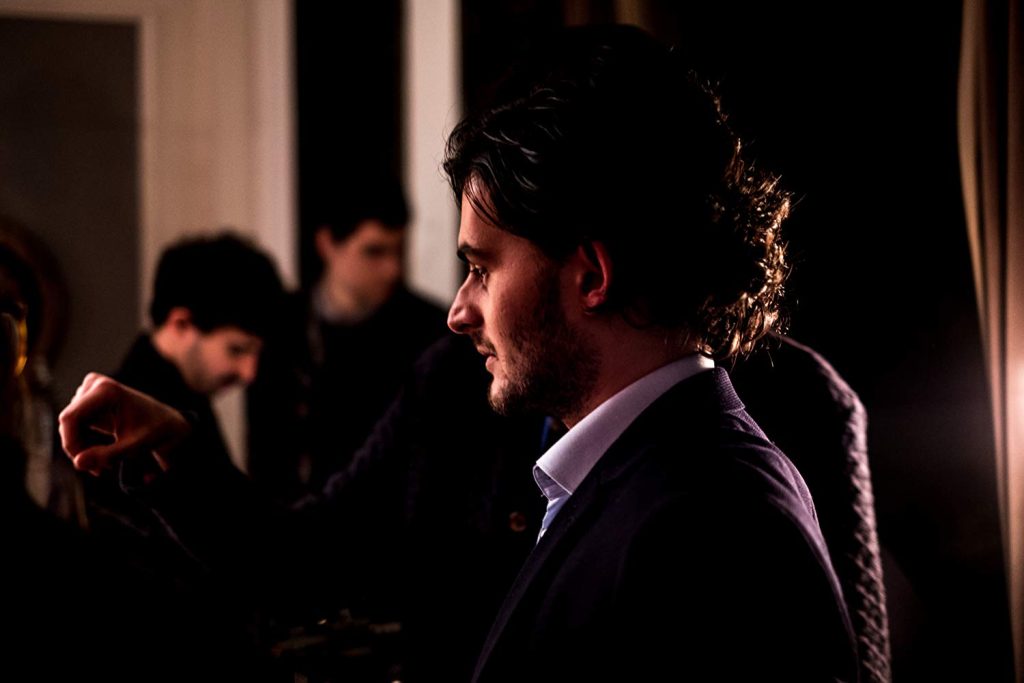 She reflects on a small letter her younger sister left behind in Afghanistan. The letter symbolizes that everywhere she goes, she takes a piece of her sister and family with her.

Samira runs across a dilemma that resists her desire to go further with dating, as dating someone in an unknown area entails secrets that may not be revealed until later. She clearly stands for her rights and abides by her own code of conduct in culture, as many men in her new world could easily manipulate her if she did not make wise decisions. 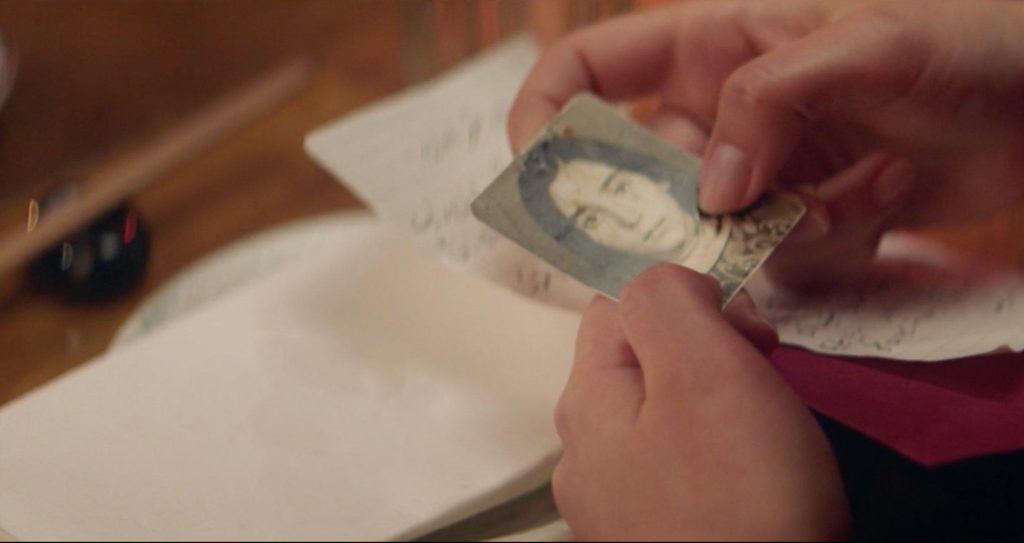 As the date goes on, there are several pauses, one of which is Harun’s ringing phone. Several phone calls bother him many times throughout the date, then he decides to step out to address the caller. Samira eavesdrops on accident because she had been alone at the table for a while. She steps out too after a while and hears Harun talking to a past lover. She turns around just as he sees her.

They both talk about his past life. Harun tells Samira how he wants a woman of culture, as the urban women of western culture do not quite understand the love he desires. The new-found purpose of their date becomes clear and both choose to start over formally and give this relationship a shot.

While many would argue that arranged marriages are an obsolete practice, Westerners will certainly sympathize with Harun’s plight

Though there are several tested ways to find a perfect rishta, yet somehow it has become harder to find true love in a sea of dating apps. It is with hope and wishes that our two love birds might find happiness and a much-needed friend in each other after all.

It was interesting as a viewer to watch the subtle vulnerabilities unravel, a process of love sparking between glimpses and small talk. This short film is a true “slice-of-life” that viewers of our ‘salad bowl world’ can watch and relate to.

What do you think of this thought-provoking tale of East meets West? Let us know in the comments.